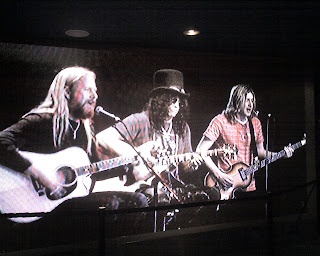 I know i posted this blog on the MajorWho site, but i wanted to share it across the board:)

Wow- We at MajorWho are so proud of Gene Bowen, Jack Bookbinder, all the Road Recovery staff and mentors and especially the youth of the Crazy James Band, Henry Ittleson Center and the Hawthorn Center youth. The Road Recovery 10th Anniversary Show at Nokia Theatre, NYC, 4/17/08 was a huge success. Its an honor for us to work as mentors with this organization and we encourage everyone & anyone interested in giving a little something back to check them out & get involved! 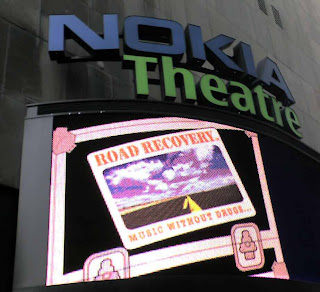 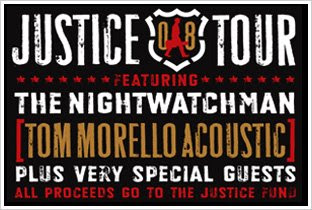 This show was even more than I could have imagined. There are so many phone camera pictures and references it will take me weeks to sort through, but lets just say that Slash from Guns N' Roses , Jane's Addiction's Perry Farrell, Alice In Chains' Jerry Cantrell, Rage Against the Machine's Tom Morello, Joseph Arthur, MC5 founder Wayne Kramer, Jakob Dylan, Jimmy Gnecco and OURS, Dennis Leary (who rocked the crowd with 'I'm 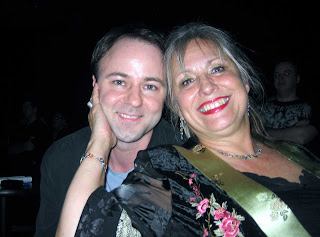 An Asshole':)), and the unexpected highlight of my evening Cypress Hill's SEN DOG getting the thousands in attendance to Jump, Jump, Jump- ROCKED the crowd hard for four plus hours in honor of Road Recovery's 10th Anniversary celebration. By far the best night out we've had in a long time!! A special thanks to Tom Morello and The Justice tour!

James Walsh & Mary Guilbert
I was also able to hang a bit with some of my favorite people over the course of the evening- including Mary Guilbert whom I have the honor of running around SXSW with along with the rest of the MajorWho/ Fun Palace / Road Recovery crew. When we were in Austin this last March we got the news that Jeff Buckley's cover of Leonard Cohen's Hallelujah was the number one download on iTunes after its appearance on American Idol by Jason Castro. A very special moment for a proud mom...

I'll do my best to put together a journal of the evening, but honestly- there were dozens of highlights that we will never forget- including:
Cell Phones w/ video cameras + YOUTUBE + BLOGS = instant gratification!!